remember together to understand better 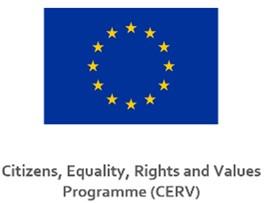 Short description of the project

The main objectives of the project are: Promoting a better and mutual understanding of historical turning points and changes in Europe in the 20th century and time of colonialism through personal exchanges, testimonials, workshops, seminars, visits on memorial sites and exhibitions; knowing, learning and teaching about these historical events in an interactive way (creation and exchange of pedagogical tools like videos with witnesses, city walks) and connect general learning from the past with local history and memorial sites; raising awareness among European citizens of their common history, cultural heritage and values through dialogues, discussions and participative activities; involving all interested citizens regardless their culture, ethnicity, gender, religion, sexual orientation, socioeconomic status and geographical area; promoting cultural diversity, intercultural dialogue – fighting anti-democratic, racist, xenophobic, homophobic and other tendencies in our societies by explaining the importance of our common European values through the remembrance about societies were this values and rights were not existing.

2. Meeting in Jáchymov/Czech Republic from 2nd to 4th of August 2022

From 7th to 10th of June 2022, the first physical meeting of the EU-project Remember together to understand each other better (RETOUR) took place in Potsdam/Germany.

The main objectives of this meeting were:

From 2nd to 4th of August 2022, 28 participants from the 6 different European countries met in Jáchymov in Czech Republic to discover and learn more about the history of this place. Memorial places like the Štola č.1 (mining skansen), the former uranium labor camps and mines Svornost, Nikolaj, Eliáš and Rovnost, but also the place of memory of “Řetízkárna” (prisoners´ changing room) and the Memorial of Victims of Violence in the 20th Century in Ostrov nad Ohří were visited and the participants got further information about it. Besides, they learned more about the EU-program CERV and the priorities of the Czech Presidency of the Council of the EU.

Short movie about this meeting: